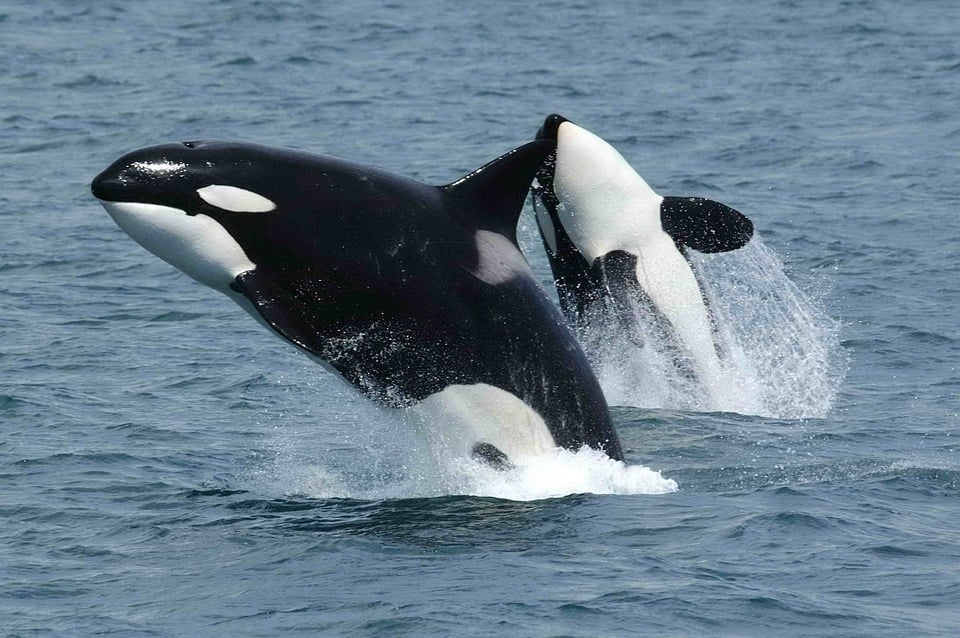 Kvaløya, which is in Northern Norway, literally translates as ‘Whale Island’.  It was historically home to killer whales but the population vanished 70 years ago only to re-appear five years ago. This re-appearance is thought to be due to the movement of herring with the whales following where their prey go.  Kvaløya is now home to the largest population of killer whales in all of Europe. The species has entirely disappeared from the North Sea and in the Mediterranean. There are still 36 that live in the Strait of Gibraltar but only eight remain in the sea between Scotland and Ireland. With such a small population it is entirely possible that they could disappear from Europe entirely but why is this happening?

What is killing the killer whales?

Ocean plastic waste and the chemicals it produces when it breaks down in the sea are thought to be responsible for the continued decline of the killer whale population. As the plastic breaks down into smaller and smaller pieces the dangerous chemicals find their way into the food chain. PCBs are a type of chemical that is arguably causing the most harm. These were banned in the 80’s but were used in everything from plastics to electronics. The chemicals enter the food chain easily and because larger fish eat smaller fish there is a higher concentration of these chemicals making it even more dangerous for many predators.

Lulu the killer whale was found dead off of the coast of Scotland in 2016. A post-mortem revealed that the high levels of PCBs in the ocean had caused a large amount of harm. In Lulu’s blubber the concentration of PCBs was 950mg/kg this is 100 times above the 9mg/kg limit at which damage to the health of marine mammals is known to occur.  She died after becoming entangled in nets but the PCBs could well have affected her in other ways.

One of the most important things for a species to survive is for it to reproduce and PCBs affect this. Lulu never had a calf and this could well be due to the incredibly high levels of PCBs in her system. Infertility caused by PCBs will further endanger the future of the species.  Given it is almost impossible to remove PCBs from the ocean this is a problem that has no obvious solution. We can only hope that the population around Kvaløya continues to thrive and does not suffer any ill effects from the massive amounts of pollution in the ocean.

What do you think about the future of this species and the effects of toxic pollution in the ocean? Can anything be done? Share your thoughts in the comments section.