The importance of recycling your electronic waste 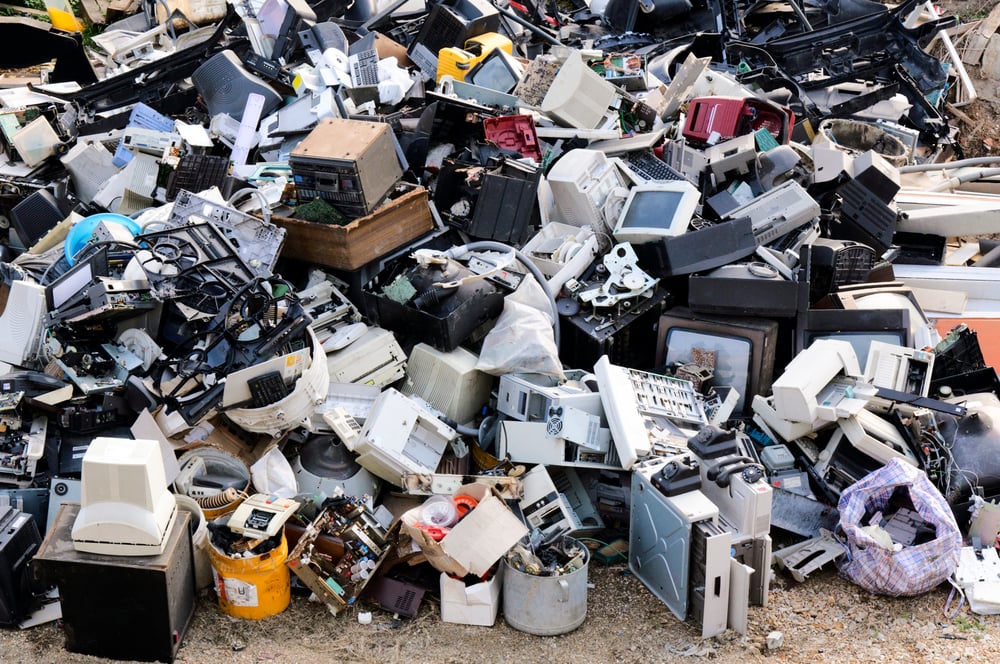 The importance of recycling your electronic waste

Every year we eagerly anticipate the latest update to our favourite technology but as we buy more and more it means even more old electronics are ending up in landfill around the globe. The problem of e-waste is so great that by 2017 we will be throwing away around 65 million tons of e-waste every single year. Here in the UK we talk a lot about electronic recycling despite this we are still one of the biggest producers of e-waste in the world.

Britain creates around 1.4million tons of e-waste per year, from mobile phones to fridges. This makes us the sixth highest producer of e-waste in the world. We are also among the worst performing countries for the amount of e-waste per head, which is 23.5kg a year.

E-waste is the fastest growing waste stream in the UK (Defra) and it represents a massive loss of valuable materials. The rising costs of responsible disposal has resulted tons of e-waste being exported to developing countries where it is often dumped then broken down for scrap using dangerous techniques, this exposes the workers to dangerous fumes.

For instance in Ghana, the Accra Agbogbloshie is one of the largest e-waste dumps in the world. Young adults often called ‘burner boys’ remove rubber and plastic from cables in order to get at the precious copper inside. This is a dangerous task and can cause serious health problems for these young men. However the pursuit of copper is the lowest job in these e-waste dumps, there are many other precious materials that they aim to remove.

In the next six years the UK will purchase around 10 million tons of electronics and these contain high amounts of precious metals. It will include 20 tons of gold, 400 tons of silver and seven tons of platinum. These resources alone will be worth an estimated £1.5bn, which shows why the e-waste market is so lucrative and is a growing at such a rapid rate.

Steve Lee, CEO of the Chartered Institute of Waste Management has previously said that there is, “More gold in a ton of used mobiles then in a ton of gold ore.” Gold worth more than £7bn is amongst the 42m tons of electrics discarded by consumers globally each year (UN). The annual resource loss of millions of poorly disposed electrical products equates to 300 tons of gold which is equivalent to more then a 10th of global production in 2013.

It is estimated that a quarter of products taken to waste recycling centres are in working order and can be resold for an estimated £200m each year.

The average UK household spends almost £800 on electrical products annually. This equates to a total of about 1.4m tons and almost the same amount is thrown away. A report by WRAP (Waste & Resources Action Plan) revealed that almost 40% ends up in landfill and less than 10% is reused although most of it still works or can be repaired.

Businesses are being advised to embrace a ‘trade-in’ system for products that they may usually discard.

At Envirowaste we take your e-waste and do just that, repair it and sell it on so that someone else can benefit from it. To learn more about the electronic items we donate to charity watch our Enviro Fund video. We promote the circular economy of keeping these items in use for as long as possible.

Contact us for secure and eco-friendly electronic waste disposal. Our WEEE collection service is fully compliant with the 2007 WEEE Directive, and provides an environmentally friendly solution to dispose of your electronic waste.