Is The T-Charge Good For London? 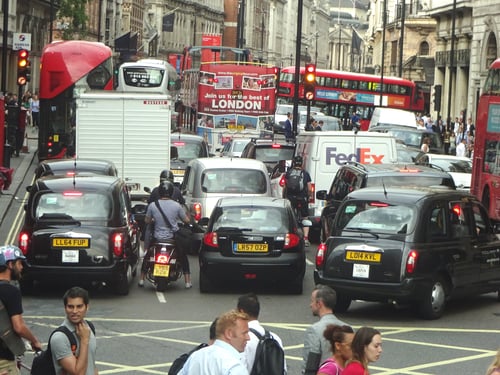 Is The T-Charge Good For London?

This month marks the begging of the T-Charge (Toxicity-Charge) in London but what kind of effect will it have on the city? The T-Charge aims to further reduce the amount of dangerous pollution in London by imposing a charge on drivers of older vehicles that are heavy polluters.

There will be a ten-pound charge on vehicles that were registered before 2006 or that don’t meet the Euro IV exhaust standard. The charge will cover the entirety of Central London. This fee stacks with the congestion charge that was introduced in 2003, meaning some drivers will be paying £21.50 to drive in Central London. It will only be charged between 7am and 6pm. The T-Charge will be implemented using the current equipment used to enforce the congestion charge. The Mayors office has suggested that it could affect around 34,000 motorists each month.

Pollution is an important issue in London and this measure is one of several that Sadiq Khan has introduced since assuming office. He recently suggested that banning the use of wood burning stoves could be introduced in order to further reduce air pollution. The Government have also been introducing plans to try and tackle air pollution. However will the T-Charge be more effective than these measures or does it punish poorer drivers?

Will it be effective?

Air quality campaigners have welcomed the T-Charge but say that it is not strong enough and have suggested that diesel vehicles should be banned entirely in Central London.  Diesel vehicles are heavy polluters but are used in many commercial settings, banning them entirely would have more of an effect than the T-Charge but it would harm business.

The T-Charge has also been criticised because it may impact poorer drivers disproportionately. This is because they are less able to upgrade cars so will be more likely to be driving a car that pre-dates 2006 and has an out-dated exhaust system. This means they are more likely to have to pay the charge. This is seemingly unfair but it does incentivise drivers to upgrade to more modern vehicles and parts that have higher emission standards.

In many ways the T-Charge is ineffective, the number of vehicles that it will actually affect is hotly disputed. Last year TfL said it would affect 10,000 cars a day but this year have revised that down to 6,500. Both of these are higher than the Mayors prediction that it will affect 34,000 motorists each month.  The policy is a step in the right direction because air pollution has to be reduced in London. However only time will tell if this policy has a significant impact on the currently dangerous levels of pollution in the capital.

What do you think about the T-Charge, will it work? Share your thoughts in the comments.

As a company we firmly believe in the importance of protecting the environment and ensuring the future for the next generation, that’s why we’re the best choice for your waste disposal needs.