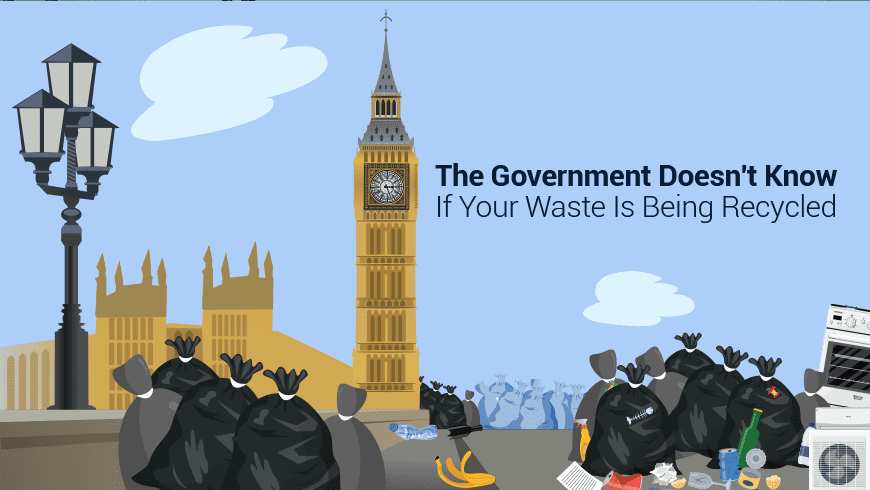 The BBC reported recently, in a shocking twist, that they no longer know if our nation’s exported packaging waste is being recycled.

To put it bluntly, that’s bad news. After China more or less shut up shop back in January 2018 (read here and here), the UK has been forced to find new outlets for our waste exports, such as Malaysia, Turkey, and Poland. Unfortunately, just because we’ve found countries to take that waste, it does not mean the problem is solved. Far from it.

The Environment Agency is struggling to keep up with the number of waste packaging checks that they should. Their radar, or scent for misbehavers is strong and fine-tuned, but due to chronic underfunding, they are only able to carry out 40% of the checks and site visits that they would like to. This means that 60% of the businesses on their watch may be burning waste when it could be recycled, lying about their rates, or taking part in dodgy business deals.

Another problem is that the government has seemingly lost interest in waste. Not only has the domestic capacity for plastic recycling stood still for 16 years, a lack of investment in infrastructure has seen recycling rates for different materials start to drop. The issues with China have only served to expose the surface wounds of our industry. Those wounds are now a wide open fissure.

As far as comments from Michael Gove, the Secretary of State for Environment, Food and Rural Affairs, and the highest in command on the subject in the UK, the furthest he has gone on record to say is ‘We need to stop offshoring our dirt’. That comment has not been followed up with any substance or action (yet). We live on in hope.

What does it really mean?

What Mr Gove means by ‘our dirt’ is the 11 million tonnes of packaging created in the UK each year, constituting 17% of total national waste output. Beyond the quantity, is the threat that all of this packaging poses to marine life, and wildlife in our proud British countryside. Recycling the packaging is important to us on so many sides, such as:

Where are our waste exports going to be ‘recycled’

As we reported in this previous article (the world of reduction), the statistics on where our waste exports are going instead of China have been made available, and we’ve simplified them below. Some of this data is incredibly shocking, especially when we consider that the recycling rate for most of these countries is well below our own.

How does Enviro Waste give absolute guarantees?

You will be relieved to know that the way in which the government and councils handle municipal waste is different to how we handle our collected waste and recyclables. Your local council takes in a lot more waste than we do, and because they have such a huge quantity of waste, the quality of their service suffers, meaning it’s more difficult for them to scale their recycling markets, routes and streams.

For example, we do a clearance and have 3 TVs to recycle. We can handle that. But a council might collect (and be given at their centres) 30 TVs per day, and they don’t have a recycler who can deal with that quantity, or have an effective outlet for reuse. This is why and where there’s a backlog of waste being created, and when the council has a backlog, they panic, and recycling rates suffer because to get rid of their surplus waste fast, they have to use incinerators and landfills.

At Enviro Waste, we almost completely avoid incinerators and landfills, because we have the time, space, expertise, and facilities to separate waste into unique streams, treat each stream efficiently and work with our sustainable markets around the country, continent and planet to ensure that we provide them with the perfect recyclable material. For anything reusable, we are able to donate it or resell it. For anything reparable, we have a repair partner who can fix things and make them usable again.

As we offer our service to businesses, we understand the value of knowing what happens to our waste, which is why we have great relationships with our partners globally and have visited their facilities to ensure that they can support us, so that we can support you.